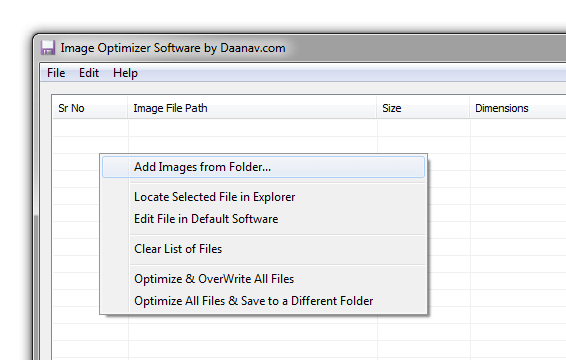 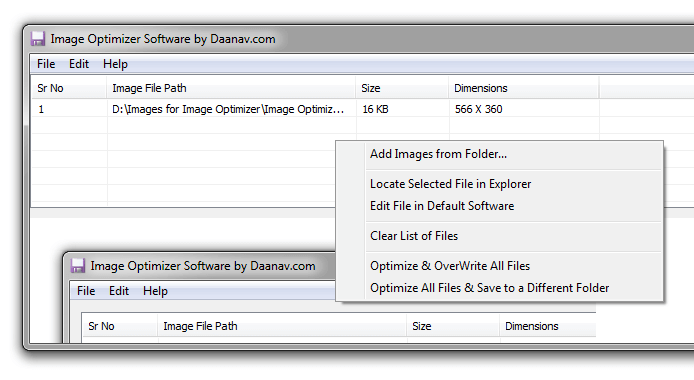 Whether you wish to add images to your Website or share Images in Bulk, having Images optimized saves you Hard Disk Space and save you Bandwidth for Uploading and Downloading the Images. This Image Optimizer optimizes images in a loss-less manner so that even after being optimized, they look almost exactly as they were before. The Image produced by Optimizer Software are compressed in the best way and Google and other Search Engines are happy with the quality of the images produced. 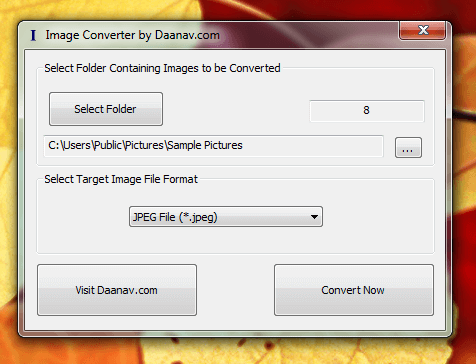 Current Version of Image Optimizer can be used as PNG Image Optimizer as it handles PNG Images only. Yes PNG Images are good for Websites and for Search Engine Optimization purpose as they displays an Image in best possible way and with smaller size on Hard Disk as compared to other Image Formats. In case you would like to convert your existing images to PNG File format, you can download the Free Image Converter Software on your Windows Computer and then use the Image Optimizer to Optimize PNG Images easily, quickly and without uploading them to online websites. You can also treat this Image Optimizer as Image Compressor which compresses the bits and bytes of Images and produces Image Files which occupy smaller space on Hard Disk.